Who Gets Addicted To Indoor Tanning More? Men Or Women? 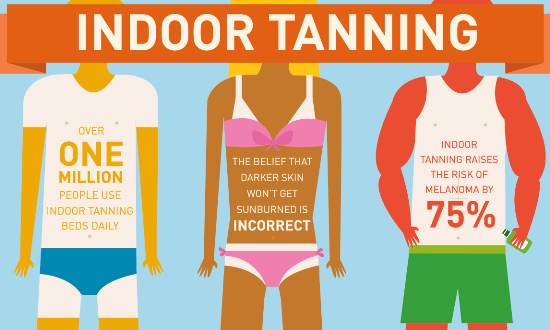 Condensed from an article by Steven Reinberg, HealthDay Reporter

More than 20 percent of young white women who’ve been to a tanning salon become addicted to tanning — even though doing so raises their risk of deadly skin cancer and premature skin aging, a new study reports.

Women who were dependent were more likely to have begun tanning at an earlier age, to be concerned about their appearance and to have depressive symptoms, compared with women who weren’t dependent.

Nearly 47 percent of the women were college students.

He said women need to understand not only the risks of tanning but to be on the lookout for signs of tanning addiction, such as symptoms of depression.

Back to
BE SUN SAFE
YOUR SKIN

Heads Up! Don’t Use Sunscreens With This In It!

Put Your Seatbelt & Sunscreen On